The public sector is the largest employer of labor globally and continues to grow rapidly through economic modernization. Today, public service is a critical aspect of every economy, serving a three-fold vital role as the provider of public goods, guardians of the common person and promoters of civic life essential to different communities.

Take policing, for instance: law enforcement officers are tasked with serving as guardians by identifying individuals who are actively or could potentially pose a threat against individuals, facilities or the entire economy. In all honesty, safeguarding different aspects of an economy is no easy task. So, similar to every other sector, law enforcement has also significantly benefited from developing technology, such as artificial intelligence.

Artificial intelligence has proven to be one of the most innovative technologies in recent history. Since its inception, AI has continued to leave its footprint on every aspect of the economy, with policing being no exception. In this article, we examine how AI technology has affected policing and how it’s used to identify security threats globally.

What is artificial intelligence, and how does it work?

Artificial intelligence refers to the theory and development of computing systems capable of performing complex tasks that typically require human intelligence. The range of capabilities of an AI-powered system is fairly vast, incorporating complex assignments such as speech recognition, visual perception, translation and accurate decision-making.

Typically, AI systems accept large volumes of trained data, analyze the data for patterns and links and use the patterns to make data-driven predictions and decisions. Through this process, computing systems are developed to solve problems the way a human would – by thinking.

Well, “thinking” might feel like a stretch, but that is the basic premise of this technology – giving machines the intelligence to engage in complex tasks autonomously and accurately. We can find artificial intelligence in different applications, including chatbots, image recognition tools and accurate decision-making.

Growth of AI in policing

Artificial intelligence as a field was formally founded in 1956; however, it took until the late 1990s before AI’s presence was felt globally. This is primarily due to the development of mobile technology that made AI a lot more commonplace. Prior to its widespread adoption, most people viewed AI technology as a far-fetched dream, yet, just a few years later, this technology has impacted all aspects of our lives, including law enforcement.

In a policing context, artificial intelligence uses complex algorithms to quickly examine large volumes of data. The system can then learn human behaviors, thereby developing the ability to imitate such behaviors and predict possible future events. Regardless of its impact on law enforcement, AI is still viewed as an emerging technology, which gives it the potential to grow in ability and accuracy.

Research has shown the potential for technology such as AI to assist in reducing global crime rates by as much as 40%. It also shows the potential for artificial intelligence to cut emergency service response rates by up to 35%. Artificial intelligence offers tons of benefits to law enforcement, and as it continues to develop, it is expected that it will spread within security agencies globally. However, surveillance and predictive policing concerns have continued to be a significant roadblock to its adoption.

How is AI used for policing?

Facial recognition technology remains one of the most predominant applications of AI in law enforcement. This recognition software allows security operatives to identify individuals with the utmost certainty without having to sift through identities across various databases manually.

In specific locations, law enforcement agencies have had to make misinformed and purely predictive decisions regarding arrests and detainment, which unsurprisingly disproportionately affect marginalized populations. In this situation, facial recognition, as well as other surveillance technologies, also make it possible for more precise identification.

Typically, facial recognition systems use electronically generated filters to transform actual facial images into numerical expressions. These expressions are then compared to existing records to determine their similarities and make identification with certainty. These filters are generated using artificial neural networks to process the data.

Bias and disinformation remain significant concerns. However, these systems learn and operate based on the data they receive; so, recognition systems will get significantly better with more accurate data sets.

Another specialization of artificial intelligence in policing is the use of robots. Globally, law enforcement agencies utilize physical robots to engage in security activities considered unsafe for humans. Artificial intelligence, through robotic applications, is a highly significant aspect of guarding a community and saving lives.

Typically, a robot without AI is just a collection of metal parts. Artificial intelligence gives robots the ability to electronically navigate, sense and calculate their actions and reactions accordingly. Using machine learning – a subset of AI, robots learn to engage in specific tasks from humans.

Different types of AI are used depending on the task required from a robot. For instance, bots such as Alexa, which merely create a simulation of human thoughts and interaction, make use of “weak artificial intelligence”. These bots only understand a specific range of commands and can only respond when a suitable command is given.

Robots, designed as drones, can engage in critical remote monitoring and inspection activities with no human supervision or interference. With the ability to offer aerial capabilities, drones can easily capture different viewpoints allowing them to examine areas that are difficult to reach from the ground.

Currently, these drones are fitted with hi-definition cameras, radar and sonar systems that further improve their capabilities in high-risk environments. As a result, drones can address security threats without putting human law enforcers in harm’s way.

Police robots are specially designed to make stops, arrests and engage in other intense situations. They are also designed to allow access to either inaccessible or dangerous situations for first responders. A police robot’s ability to interact with the environment and gather data through a variety of technology also makes it a top addition to every law enforcement agency.

Police robots assist law enforcement agencies in different ways. Their activities could range from basic tasks such as clearing debris and surveillance to much more critical tasks such as bomb detonation. There are different types of police robots, depending on the range of environments they are designed for and their interaction capabilities.

Law enforcement is complex and requires different resources, from incident reports to crime records and investigations. However, with many economies facing an above-average crime index, law enforcers would have to sift through vast volumes of physical resources to solve a crime or identify a threat.

Thankfully, artificial intelligence, combined with different collaborative technologies, has entirely streamlined the information dissemination process between security agencies. Law enforcers now use AI-powered cameras to assist in surveying crime scenes, making accessibility issues a non-factor. All records captured by the camera are stored in a database and can be cross-referenced against other existing records in other databases.

Effective policing also benefits primarily from having a system autonomously sift through millions of records and draw conclusions and predictions. AI systems can even assist in finding clues at a crime scene.

Aside from cameras, video technology has also been utilized mainly for security. Law enforcement agencies employ real-time video coverage to closely watch potential threats, especially during significant events such as festivals and big sporting events. Media technology can also be used alongside facial recognition to foster real-time surveillance by identifying people’s faces in the crowd.

It’s worth noting how vital collaboration is regarding data dissemination. For AI and other collaborative technologies to work effectively, all departments and enforcement agencies must have confidence and mutual trust in one another. Trust must also exist between enforcers and the community to avoid privacy invasion.

The standout characteristic of artificial intelligence is its ability to identify patterns that we as humans might find hard to detect. However, there are various tools that law enforcers use in identifying these patterns and predicting potential criminal activities, one of which are artificial neural networks.

Artificial neural networks (ANNs) are computational systems that include several processing elements that receive inputs and deliver accurate outputs based on their specified activation functions. This part of artificial intelligence draws inspiration from biology, with neural networks being modeled after the human brain. As interconnected as the human brain is, so are ANNs. They include nodes linked to each other in various layers of the network.

To achieve such interconnection, millions of data points including social media footprints, internet protocol addresses and biodata, among other information, are linked. This ensures the network has sufficient information and can detect offenses related to violence, terrorism, money laundering and similar fraud.

Different cities continue to adopt artificial intelligence to ensure citizens’ safety while securing their privacy and fundamental human rights. This evidence shows how effective AI has been in security activities. While aspects such as surveillance and predictive policing continue to raise concerns, the benefits greatly outweigh any fears.

Firstly, cities are much more secure with AI. Predictive policing, for instance, looks to prevent crime and has proven to be the most efficient way of preserving the safety of a community while also reducing emergency response time. There is also a coherent collaboration between enforcement agencies and departments, including the police, firefighters and healthcare workers, which also helps reduce response time.

It is also worth noting that law enforcement professionals are humans too, and their line of work does not make them expendable. With artificial intelligence, through robotics and video surveillance, police officers no longer need to risk their lives in extremely dangerous environments. Yet, threats are still addressed accordingly and with increased efficiency.

The benefits of artificial intelligence to policing and public safety cannot be overstated. With public safety professionals tasked with keeping citizens safe from different threats, AI has helped significantly in improving their efficiency. Part of the decision process for individuals looking to pursue a career in public safety should be securing an advanced degree. In line with this, the Wilfrid Laurier University masters public safety program serves as a quality degree for professionals seeking to break into the public safety sector.

For existing professionals looking to explore more career advancement opportunities, this program would offer you a comprehensive perspective on public safety and prepare you for new opportunities and leadership positions. The curriculum is designed in consultation with industry experts and will cover all aspects of public safety, from law enforcement to firefighting and more. 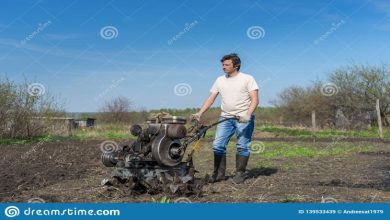 Garden and Field Tillage and Cultivation 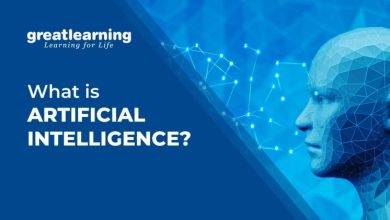 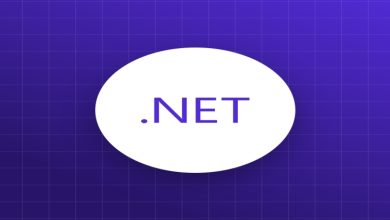